According to the World Health Organization 1 in 11 adults now has diabetes, that’s 422 million people.1 This number will increase to 629 million people by 2045. Worryingly, half of those with diabetes don’t even know they have it.

Diabetes is a chronic condition that revolves around insulin – a key hormone secreted by the cells of the pancreas – that allows the body to use the kilojoules from food obtained through the diet effectively for energy. Re-read that sentence. It’s a huge job! Diabetes infers an insulin imbalance, which directly affects the body’s ability to metabolise, or break down the key macronutrients in our diet – carbohydrates, proteins and fat – not just carbohydrates, or sugar.

This insulin imbalance looks different in most people and begs yet another reason to stress how different we all are. Impaired insulin in your body, or somebody you know may infer:
• absolute insulin deficiency
• a lazy release of insulin by the pancreas (where insulin is released)
• an inability of the body’s insulin receptors to detect the presence of insulin
• a reaction in the body that causes it to destroy insulin before it has a chance to do its job.

Diabetes prevents the body from being able to transport the glucose from the food we eat into fat and muscle cells. This is important because:
• Glucose is the body’s energy currency, or preferred source of fuel.
• When it’s not being used then and there, glucose is stored in fat and muscle cells as a substance called glycogen, allowing the body to access glucose for energy when required (in between meals, during exercise, while sleeping, if fasting, etc).
• Glucose is the primary energy food for the brain and for red blood cells, which transport oxygen around the body.

So, What Are The Different Types of Diabetes?
All types of diabetes involve challenges with insulin, but the way in which they develop and consequently effect the body differentiates them from one another.

Type 1 Diabetes
This type is often what’s referred to as genetic, or hereditary diabetes. As such, it’s more commonly developed at a young age, though it can occur later in life too.

Surviving type 1 diabetes requires replacing the lack of insulin resulting from pancreatic insufficiency. If insulin is not replaced, a person with type 1 diabetes body would enter a catabolic state that would eventually lead to ketosis.

Type 2 Diabetes
Type 2 diabetes is a very varied condition for those who suffer from it; no two experiences are completely the same. It’s primarily a condition revolving around hyperglycaemia, meaning high blood sugar, in conjunction with insulin deficiency to some degree. Type 2 diabetes generally affects an older and overweight population, but more recently it has started affecting overweight children and adolescents.

In contrast to type 1 diabetes, which involves absolute insulin deficiency, those with type 2 diabetes can have high, normal or low insulin levels. Despite this, a type 2 diabetes body is resistant to the level of insulin it possesses. As a result, it strives to release as much insulin as it possibly can, creating more insulin than needed and throwing off the balance of the amount of glucose that’s actually in the body (which insulin gets to work on storing and directing it where to go). Over time, this causes the cells responsible for insulin release (pancreatic beta cells) to become exhausted and fail, resulting in the need for supplemental insulin replacement.

“All types of diabetes involve challenges with insulin”

Gestational
Gestational diabetes refers to any changes to glucose tolerance that are detected during pregnancy, usually informed by risk factors including family history, being overweight or obese, a high maternal age, and a history of stillbirth and/or spontaneous abortion. All pregnant women undergo testing for gestational diabetes, usually via a fasting glucose tolerance test that measures the plasma glucose level after one hour of fasting. 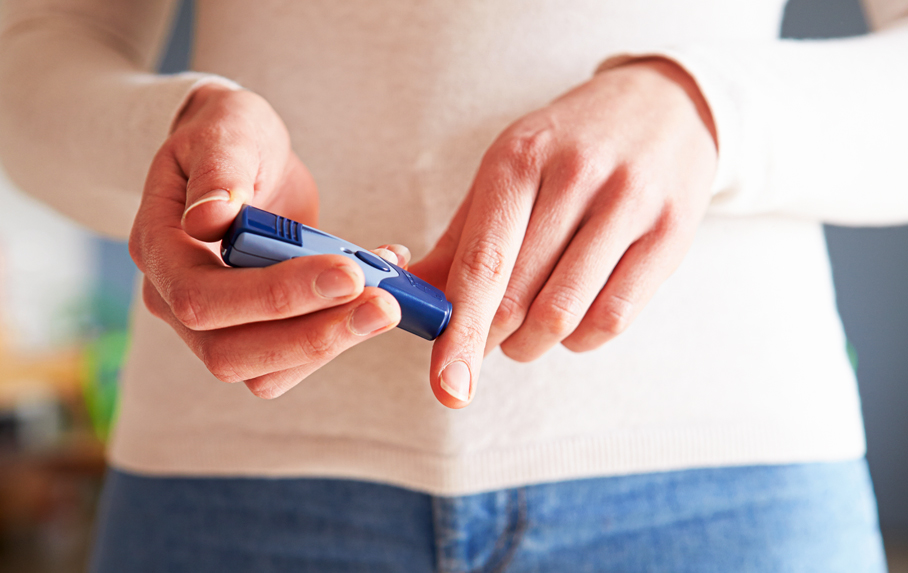 Living with Diabetes
Diabetes is usually managed and treated by administering insulin, via a tablet or syringe which directly enters the bloodstream, which helps the body deal with circulating glucose from food eaten at any given time. Regular moderate-high intensity exercise is incredibly helpful for diabetes management.

Specific diet
For type 1 diabetes, eating a well-rounded, healthy diet that includes lots of vegetables, fresh fruits, nuts and seeds, high quality fats, lean protein, small amounts of grains and starchy carbohydrates, and the occasional treat is ideal. Timing is everything for type 1 diabetes, so sticking to regular meal times and always including snacks helps keep blood glucose levels relevant to the amount of insulin they’re consuming as prescribed by the practitioner, specific to their individual case. 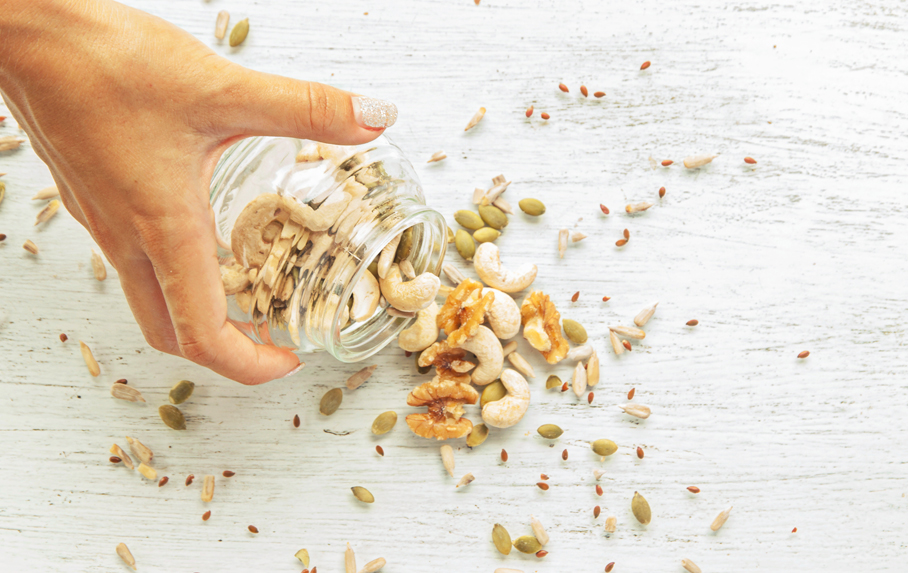 For type 2 diabetes, a specific diet with a large focus on high quality sources of fats, which form the basis of the diet. Additionally, protein intake should be minimal and carbohydrates extremely limited. This diet is formed on the basis that carbohydrates singlehandedly raise serum glucose and insulin more than any other macronutrient . High-quality fats on the other hand – including nuts and seeds and their butters, eggs, olives, avocado, oily fish, pasture-raised meats – raise serum glucose and insulin the least . This diet is often referred to as the ketogenic diet.

Takeaway Idea
Although it can seem overwhelming to be diagnosed with diabetes it is completely manageable with a bit of planning ahead, regular exercise and mindful eating. We’ll continue to add simple sugar-free recipes to our website journal as well as hints and tips on how to manage a diabetic friendly diet.

This E book has been written by Nuvia with Kate Levins, a qualified nutritionist and is based on the latest science based articles on diabetes. However, data and advice can vary and it is crucial you consult your doctor before taking on any of the advice written in this guide.

UNDERSTANDING FOOD LABELS – YOUR GUIDE TO HEALTHY SHOPPING SUCCESS.
NOTICING THE CONNECTION BETWEEN WHAT YOU EAT AND HOW YOU FEEL
THE ULTIMATE GUIDE TO THE PERFECT BREAKFAST SMOOTHIE