A GUIDE TO MILK

The pros, cons and how to choose the right one for you!

If you’ve been to the milk aisle recently, you’ve probably felt a little overwhelmed. Some products may even look exactly the same and claim the same things, but they’re somehow different. Whatever happened to the good ol’ days when the milkman would deliver milk to your door and there was only one choice – no thinking necessary!

Now, I’m aware it’s been a long time since the milkman popped around to everyone’s house, but with new milks being shunted into the spotlight every five seconds (as well as the not-so-hot list), it pays to know what to look for in a milk. The milky-reality is that they all have pros and cons. I know some of you will defend your favourite milk until the cows come home (pun intended!), but let’s take a look at the different options out there and break them down to help you decide where to splash your cash. 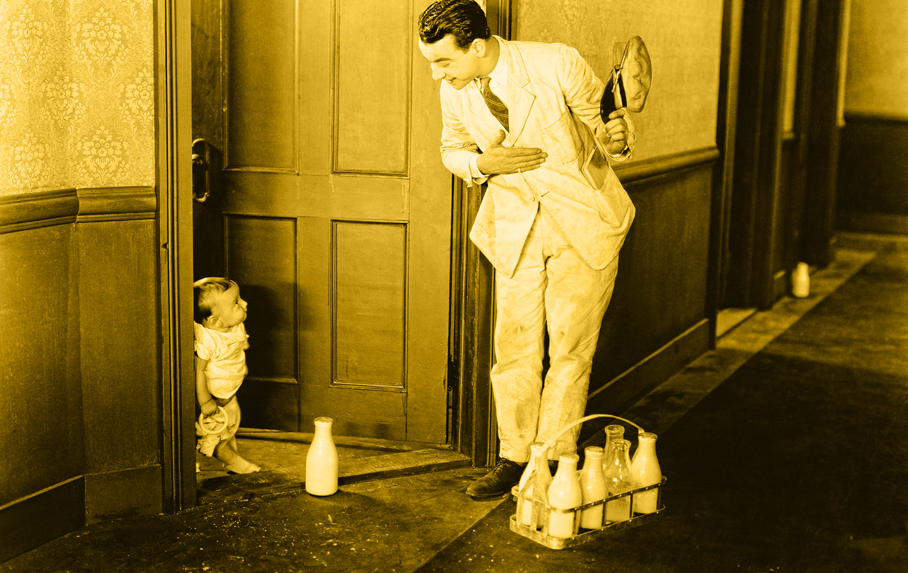 Regular
Let’s start with the basics – regular ol’ milk, straight from the cow. If you’re reaching for a dairy milk, then full-fat, regular milk is a better option over and above skim. Better yet? Choose organic if possible.
Now, there’s some research into the potential inflammatory effects of consuming dairy, but it all comes down to personal choice – as long as you’re not consuming bowls of cheese, milk and cream for every meal, health-wise, a little full-fat milk here and there is totally fine.

But what about pasteurised and unhomogenised? You might see these labels floating around from time to time. Pasteurisation is a safety process milk goes through where it’s heated to kill any potential disease-causing microbes. Unpasteurised milk (sometimes called raw milk) you probably won’t be able to find legally sold in shops due to safety laws. Homogenisation, on the other hand, is another process milk goes through, not for safety, but rather to stop the milk separating and make it appear whiter, therefore more aesthetically pleasing for consumers. If you’ve ever wondered what ‘unhomogenised milk’ is, it simply hasn’t gone through this process so it will likely be separated and the cream will have risen to the top, but nutritionally speaking, there’s not much difference to the milk itself.

Skim
This option is aptly named due to how it’s produced… the fat is literally skimmed off the top of the milk, leaving the final product as a low-fat alternative. Famed in the 80’s due to the health messaging that ‘fat is the devil’, skim milk made a leap into spotlight and people would never dream of buying regular full-fat milk again!

Now that those recommendations surrounding fat have been flipped on their head and people are coming to terms with the fact that fat isn’t the devil after all, skim milk is becoming less common. Some health food cafes even refuse to use it!

My opinion? Skip this stuff! There’s no need to take the fat out of milk and what you’re left with is a watery product that’s proportionally higher in sugar and carbohydrates… not to mention unnecessary. If you’re going to have dairy milk, choose full-fat.

Lactose-free
Lactose is the sugar that’s unique to milk products and it’s digested in the body by an enzyme called lactase. People with lactose intolerance lack this enzyme, meaning when they consume lactose it doesn’t break down in the way it’s supposed to, which can cause digestive issues.

Lactose-free milk is simply normal milk with the lactase enzyme added. This helps to break down the lactose into its chemical constituents which can then be digested easily by the body.

Nowadays there are so many different dairy-free milk options that are naturally free of lactose, so if lactose is an issue for you, choose one of those rather than bothering with lactose-free milk.

Soy
Soy milk has been through a fair amount of media attention. Originally coming into the spotlight as the perfect vegan and dairy-free alternative, soy milk was soon seen in cafes all over the place and became hugely popular amongst vegan and vegetarian communities. But, there’s a lot of debate about if soy is actually good for you.

“The milky-reality is that they all have pros and cons”

Soy contains phytoestrogens, which are molecules that aren’t estrogen but they mimic it in the body and bind to the estrogen receptors. While the effects of this are being studied and the science isn’t quite sound yet, there is some evidence of this interfering with your natural hormone production for both males and females. Not only this, but soy crops are often genetically modified, so if you’re trying to avoid GMO it’s hard to know what you’re consuming when you order your morning soy latte.

While soy milk won’t kill you, it’s better to avoid it. When there are so many dairy-free options on the market, there’s no need to consume soy milk. That said, I’m not against soy itself, in fact it can be a great source of nutrients and protein especially for vegetarians, but my tip? Reach for the organic fermented kind – good quality miso, tamari and tempeh, not milk!

Almond
Sweeping into almost every cafe as people begin to move away from soy milk, almond milk has become the next best option for those avoiding dairy.

A basic almond milk is made from soaking almonds in water before blending and straining them. Some recipes will add flavours like salt, vanilla or a touch of sweetness, often using dates, brown rice syrup or sugar to do so. But, when it comes to almond milk it’s almost impossible to judge them all as one category… why? Because there’s a wide variety out there – some good and some not so good.

Homemade almond milk naturally separates and has a very short shelf life. Of course, food companies have recognised the need for longer lasting almond milk that does a better job of mimicking normal milk, so they’ve come up with a variety of food techy ways to do this – by adding stabilisers, gums, and all sorts of preservatives! Take a look at the label of some almond milks in stores and you’ll be astounded by the junk that’s in there.

Personally, I love almond milk but I stick to the homemade kind. Keep in mind that almond milk has a different flavour and texture to dairy milk. Don’t consume it with the hope that it will taste exactly like milk, because it simply won’t. Rather enjoy it for what it is! The separation of almond milk doesn’t even bother me – in fact I like it because then I know it’s completely natural without the addition of stabilisers and nasties.

Oat and rice
These two alternatives are a great option for those dairy-free and nut-free as they’re both made by soaking the grains in water then blending and straining them. These will however, be slightly higher in carbohydrates than the nut varieties, so if you‘re watching your carb intake, be mindful of this.

There are also a load of benefits for these milks. Since oats and rice both absorb water, they can lead to a creamier texture than nut milks. But on the downside, since most varieties are strained, you miss out on a good portion of the fibre present in oats and rice. That said, it will still have a higher fibre content than regular dairy milk (which contains no fibre whatsoever).

The only things to watch out for in these milks are additives and sweeteners. As with nut milks, you want as little ingredients as possible, no nasty additives and definitely no sugar!

Coconut
Coconut milk is made by blending up the flesh of the coconut (which is often soaked to soften it) with water. Those that are found in stores either in tetra packs or in cans are then heat treated to prevent them from going off.

As with all the other milks, the most important thing is to choose a milk that’s 100 per cent coconut – without any additives. Nutrition wise, coconut milk is naturally higher in fat and saturated fat, but since fat isn’t the devil anymore, that’s nothing to worry about.

My thoughts? Coconut milk is my favourite! It’s so creamy, thick and sweet that I find a little goes a long way, plus, I love everything and anything coconut. Fat is an important part of a healthy diet too so there’s nothing to be afraid of. In fact, coconut is a great source of plant-based saturated fat. Sugar-free Coconut Hot Chocolate, anyone?

Hemp
While I haven’t seen too much of this yet, hemp seeds are popping up all over the place, so naturally, hemp seed milk is a thing. It’s easily made from blending hemp seeds and water – yep, you don’t even need to soak or strain – so this milk is a great nutrient-packed alternative to nut milks.

Hemp is filled with healthy omega-3 fatty acids, so if you don’t like fish, it’s the perfect addition to your diet. Hemp milk is best homemade and consumed raw because the precious healthy fats in hemp seeds are vulnerable to oxidation when exposed to heat. In my opinion, it’s not the best option for your morning cappuccino, but over some granola? Eat up!

As you can see, there are so many milk options – some that stick some that don’t… camel milk, anyone? But with all this milk chat, who else is craving milk and cookies? I’m thinking a batch of 3 Ingredient Peanut Butter Cookies would go down great with a cup of coconut milk… or almond, or hemp…

Let us know your go-to choice when it comes to milk!